For nearly 30 years I worked as a software engineer. It was a surprisingly creative and enjoyable career, and there were times when I couldn’t believe they paid me to have so much fun. In fact I would go so far as to say that my very identity became wrapped up with my work in ways that grieved me dearly when the technologies I worked with at the time became obsolete.

When I first heard the idea that we were never meant to divide our lives into separate spaces of sacred and secular, it made no sense to me. God was all about saving and restoring human souls; He did not much care about bits and bytes and system drivers. No matter how hard I tried to think about God while on the job, the kind of focus needed to design software always seemed to take up all the space in my mind and leave no room for “sacred” thoughts. 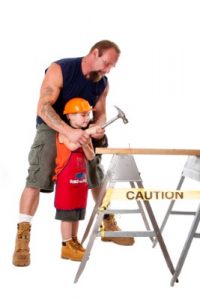 Recently I have been reading John Ortberg’s book, The Me I Want to Be, in which he devotes several chapters to the issue of making all of life sacred. And it finally dawned on me. I had always seen my identity backwards. I was a software engineer who happened to be a Christian. But God saw me as one of His children who had an aptitude for software and the opportunity to bless those who used the computers that I impacted, making their tasks more pleasant.

Ortberg says, “Any work that has meaning, that can be a blessing to people and to the earth, can be a calling. A doctor or pastor might get sucked into viewing work as a means to get a good income, and therefore they only have a job. A garbage collector, however, may see what he does as part of making the world a cleaner and safer place and therefore have a calling.”

We should not mistake this for any sort of mind-game. This is an issue of our identity in Christ. If I am first and foremost a child of the King, then everywhere I go can be sacred space and everything I do can be a way of serving others, which is Kingdom Work and sacred.

Whose I am is the single most important thing about me. And that helps me know who I am.