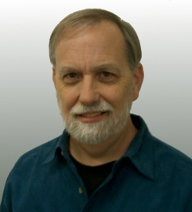 David has spent most of his sixty-plus years as a Christian trying to figure out why the images of Kingdom Life described in the New Testament often seem so far removed from the lives of most Christians today, including himself. Throughout most of his early adult life, David taught adult Bible classes, preached sermons, led home groups, and just about everything else he could think of that might make himself and others “better Christians.” In many ways he was exactly the kind of lay person every pastor loves to have in his congregation. Still underneath it all was this question that never seemed to go away: “Isn’t there supposed to be more to the Christian life than this? What am I missing?” But no one seemed to know what that was.

Then a funny thing happened on the way to wherever it was that David was going. It turns out that none of these things he was so good at prepared him for the demands of a real life. None of his theology or service or extensive training kept him from gradually sinking into the depths of personal isolation and depression, slowly eroding his hope and eating away at his soul. At the age of 34 he found himself in the middle of a complete emotional and spiritual meltdown. At one point he cried out to God, “Whatever it is I’m doing … it’s not working!” One of the most confusing parts for him was the realization his life was a complete failure of all that he had stood for, and that doing all the right Christian things had meant nothing in the long run.

That was the moment God had been waiting for. Bit by bit, God began to restore David’s life and open his eyes to see things he had never known before. Thus began a long process of recovery from childhood pain and the ways he had coped with all of that which had led him to push people out of his private life and give up all hope of having life-giving relationships with other people. There were many hours of therapy, long talks into the night with friends, and lots of journaling along the way, all helping David to sort out the mess his life had become. By the time he reached his 47th birthday, he was happily married to his best friend, Jan, and was doing quite well by all visible standards. But he was still not satisfied with his Christian walk, and the question he had been asking all along was still unanswered: “Isn’t there more to it than this?”

Then in a few short months from 1998 to early 2000, David and Jan were introduced to three major ministries that changed their lives forever: the works of Dallas Willard, the Life Model, and an inner healing prayer ministry. They began to pray with each other for healing from the wounds that their years of therapy had been unable to resolve, and God began to meet them in ways they had never imagined possible. David’s life-long depression began to lift, and he felt a renewed call to full time ministry. By the Fall of 2001, they had moved from Minneapolis to Pasadena so that David could attend Fuller Seminary, and by 2003 they were both involved in Shepherd’s House ministries.

In the mean time, with help from still another mentoring ministry, David began to develop a conversational prayer life with God that opened still more doors to understanding just how much God wants a genuine relationship with each one of us. Since that time, one of David’s passions has been to focus on ways of building a relationship with God that is substantive and life-giving. His desire is to provide an accessible bridge to transformation for all those Christians who, like himself, have struggled for years trying to understand why the Christian life doesn’t seem to work. That is what led him to write the Forming course, which he hopes will help Christians everywhere rediscover what it means to know God.